About the Library: Gray Call Numbers 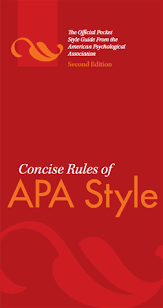 American Psychological Association (APA) style is one of the most popular styles used by UHV faculty and students to cite their research. APA is commonly used to cite sources within the social sciences. This book is an easy-to-use pocket guide, compiled from the sixth edition of the Publication Manual of the American Psychological Association, provides complete guidance on the rules of style that are critical for clear communication. APA released their new seventh edition in October of 2019.

Personal narratives of Victoria veterans who were at Pearl Harbor during the Japanese attack in 1941.

DA16.C47 A History of the English-Speaking Peoples

HD2731.D7 Concept of the Corporation

J80.A283 Public Papers of the Presidents of the United States

The Office of the Federal Register (OFR) began publishing the Public Papers of the Presidents series in 1957 as an official publication of United States Presidents' public writings, addresses, and remarks. The series provides an historical reference covering the administrations of Presidents Hoover, Truman, Eisenhower, Kennedy, Johnson, Nixon, Ford, Carter, Reagan, H.W. Bush, Clinton, G.W. Bush, and Obama. (The papers of President Franklin Roosevelt were published privately before the commencement of the official Public Papers series).

KF4527.U54 Constitution of the United States

QH365.O2 Origin of the Species

SB407.B57 Landscape Plants for the Gulf and South Atlantic Coasts

Z722.56B58 Alexandrian Library and the Origins of Bibliography