There will be weekly book club discussions on Wednesdays starting on Nov. 10.

Each book club meeting will take place from 6-7 p.m. at Texian Books. 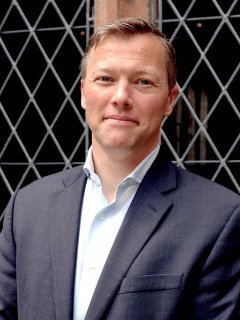 Matthew Desmond is the Maurice P. During Professor of Sociology at Princeton University. After receiving his Ph.D. in 2010 from the University of Wisconsin at Madison, he joined the Harvard Society of Fellows as a Junior Fellow. He is the author of four books, including Evicted: Poverty and Profit in the American City (2016), which won the Pulitzer Prize, National Book Critics Circle Award, and Carnegie Medal, and PEN / John Kenneth Galbraith Award for Nonfiction. The principal investigator of The Eviction Lab, Desmond's research focuses on poverty in America, city life, housing insecurity, public policy, racial inequality, and ethnography. He is the recipient of a MacArthur "Genius" Fellowship, the American Bar Association's Silver Gavel Award, and the William Julius Wilson Early Career Award. A Contributing Writer for the New York Times Magazine, Desmond was listed in 2016 among the Politico 50, as one of "fifty people across the country who are most influencing the national political debate. 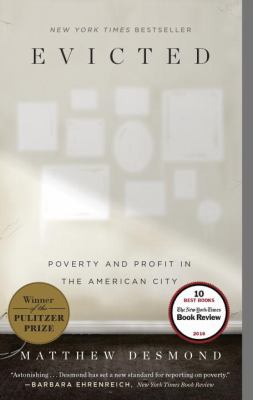 Evicted : poverty and profit in the American city by Matthew Desmond

In Evicted, Princeton sociologist and MacArthur "Genius" Matthew Desmond follows eight families in Milwaukee as they each struggle to keep a roof over their heads. Hailed as "wrenching and revelatory" (The Nation), "vivid and unsettling" (New York Review of Books), "Evicted" transforms our understanding of poverty and economic exploitation while providing fresh ideas for solving one of twenty-first-century America's most devastating problems. Its unforgettable scenes of hope and loss remind us of the centrality of home, without which nothing else is possible.

Copies Available at the UHV Library

There are multiple copies of Evicted available at the UHV Library for faculty, staff, students, and community members!

Evicted was chosen as the next commUNITY Book Club read because Nov. 18-21 is Hunger and Homelessness Awareness Week! The following resources can help you investigate these issues.