Articles about the history of banned books

Web Articles about the History of Banned Books

The Fiery History of Banned Books

The Fiery History of Banned Books

“Congress shall make no law respecting an establishment of religion, or prohibiting the free exercise thereof; or abridging the freedom of speech, or of the press; or the right of the people peaceably to assemble, and to petition the Government for a redress of grievances.” First Amendment of the U.S. Constitution passed by Congress September 25, 1789. Ratified December 15, 1791.

One of the ten amendments of the Bill of Rights, the First Amendment gives everyone residing in the United States the right to hear all sides of every issue and to make their own judgments about those issues without government interference or limitations. The First Amendment allows individuals to speak, publish, read and view what they wish, worship (or not worship) as they wish, associate with whomever they choose, and gather together to ask the government to make changes in the law or to correct the wrongs in society.

The right to speak and the right to publish under the First Amendment has been interpreted widely to protect individuals and society from government attempts to suppress ideas and information, and to forbid government censorship of books, magazines, and newspapers as well as art, film, music and materials on the internet. The Supreme Court and other courts have held conclusively that there is a First Amendment right to receive information; the right to receive information is a corollary to the right to speak. Justice William Brennan elaborated on this point in 1965:

“The protection of the Bill of Rights goes beyond the specific guarantees to protect from Congressional abridgment those equally fundamental personal rights necessary to make the express guarantees fully meaningful. I think the right to receive publications is such a fundamental right. The dissemination of ideas can accomplish nothing if otherwise willing addressees are not free to receive and consider them. It would be a barren marketplace of ideas that had only sellers and no buyers.” Lamont v. Postmaster General, 381 U.S. 301 (1965).

When the Supreme Court considered whether a local school board violated the Constitution by removing books from a school library, it held that “the right to receive ideas is a necessary predicate to the recipient’s meaningful exercise of his own rights of speech, press, and political freedom.”

Public schools and public libraries, as public institutions, have been the setting for legal battles about student access to books, removal or retention of “offensive” material, regulation of patron behavior, and limitations on public access to the internet. Restrictions and censorship of materials in public institutions are most commonly prompted by public complaints. Government officials, in the form of the library board or school administration, are ever mindful of the importance their neighbors may place on religious values, moral sensibilities, and protecting children from offensive materials. So, directly or indirectly, ordinary citizens are the driving force behind the challenges to the internet, information and ideas.

The First Amendment protects public institutions from having to compromise the ideals of free speech by establishing a framework that defines critical rights and responsibilities. It protects the freedom of speech, thought, and inquiry, and advocates respect for the right of others to do the same. Supreme Court Justice Louis Brandeis wisely guides the American people to resort to "more speech not enforced silence" in seeking to resolve our differences in values, sensibilities, and offenses.

The First Amendment's constitutional right of free speech, which is also applied to the states, only prevents government restrictions on speech, not restrictions imposed by private individuals or businesses. Mark Zuckerberg can restrict speech on Facebook because it is a private business and he is not the government.

Criticism of the government, political dissatisfaction, and advocacy of unpopular ideas that people may find distasteful or against public policy are almost always safeguarded. The U.S. Supreme Court has recognized several categories of speech that are not protected by the First Amendment.  Among these are obscenity, child pornography, and libel and slander. Deciding what is and is not protected speech is almost always reserved for a court of law.

Censorship is the suppression of ideas and information that certain persons — individuals, groups, or government officials — find objectionable or dangerous. It is no more complicated than someone saying, “Don’t let anyone read this book, or buy that magazine, or view that film, because I object to it!” Censors try to use the power of the state to impose their view of what is truthful and appropriate, or offensive and objectionable, on everyone else. Censors pressure public institutions, like libraries, to suppress and remove information they judge inappropriate or dangerous from public access, so that no one else has the chance to read or view the material and make up their own minds about it. The censor wants to prejudge materials for everyone.

“Libraries should challenge censorship in the fulfillment of their responsibility to provide information and enlightenment.” — Article 3, Library Bill of Rights 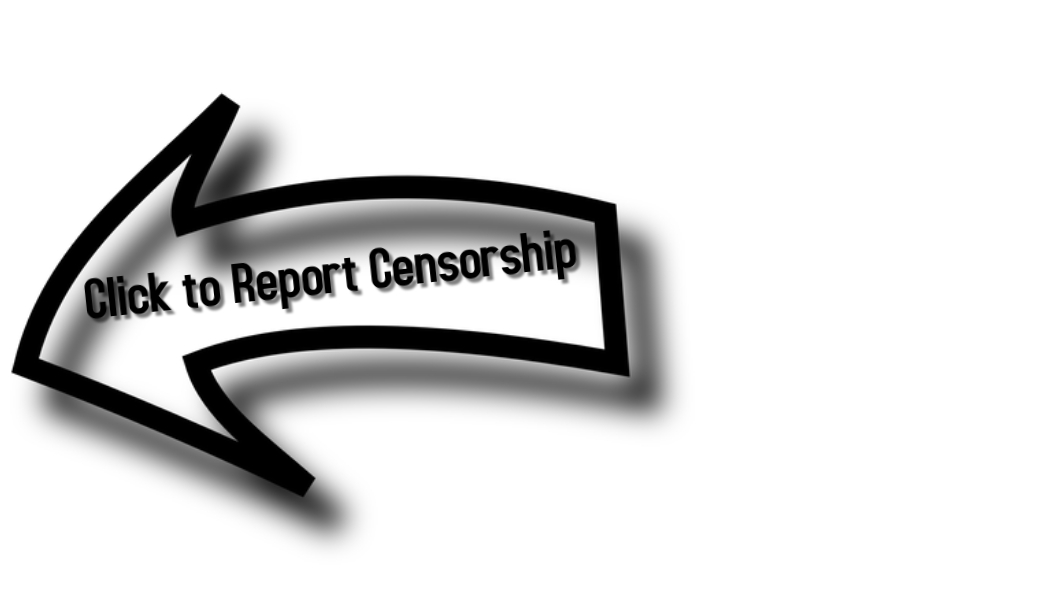 ALA Statements and Policies on Censorship

Challenged Resources: An Interpretation of the Library Bill of Rights (2019)
A challenge is an attempt to remove or restrict materials, based upon the objections of a person or group. A banning is the removal of those materials. Challenges do not simply involve a person expressing a point of view; rather, they are an attempt to remove material from the curriculum or library, thereby restricting the access of others. ALA declares as a matter of firm principle that it is the responsibility of every library to have a clearly defined written policy for collection development that includes a procedure for review of challenged resources.

Labeling Systems: An Interpretation of the Library Bill of Rights (2015)
The American Library Association affirms the rights of individuals to form their own opinions about resources they choose to read, view, listen to, or otherwise access. Libraries do not advocate the ideas found in their collections or in resources accessible through the library. The presence of books and other resources in a library does not indicate endorsement of their contents by the library. Likewise, providing access to digital information does not indicate endorsement or approval of that information by the library. Labeling systems present distinct challenges to these intellectual freedom principles.

Rating Systems: An Interpretation of the Library Bill of Rights (2015)
Libraries, no matter their size, contain an enormous wealth of viewpoints and are responsible for making those viewpoints available to all. However, libraries do not advocate or endorse the content found in their collections or in resources made accessible through the library. Rating systems appearing in library public access catalogs or resource discovery tools present distinct challenges to these intellectual freedom principles. Q&A on Labeling and Rating Systems

Expurgation of Library Materials: An Interpretation of the Library Bill of Rights (2014)
Expurgating library materials is a violation of the Library Bill of Rights. Expurgation as defined by this interpretation includes any deletion, excision, alteration, editing, or obliteration of any part(s) of books or other library resources by the library, its agent, or its parent institution (if any).

Freedom to Read Statement (1953)
A collaborative statement by literary, publishing, and censorship organizations declaring the importance of our constitutionally protected right to access information and affirming the need for our professions to oppose censorship.

Libraries: An American Value (1999)
Adopted by ALA Council, this brief statement pronounces the distinguished place libraries hold in our society and their core tenets of access to materials and diversity of ideas.

Guidelines for the Development and Implementation of Policies, Regulations and Procedures Affecting Access to Library Materials, Services and Facilities (2005)
Guidelines for librarians, governing authorities, and other library staff and library users on how constitutional principles apply to libraries in the United States.

These guidelines provide a policy and implementation framework for public and academic libraries engaging in the use of social media.

The staff of the Office for Intellectual Freedom is available to answer questions or provide assistance to librarians, trustees, educators, and the public about the First Amendment and censorship. Areas of assistance include policy development, minors’ rights, and professional ethics. Inquiries can be directed via email to oif@ala.org or via phone at (312) 280-4226.